The Facebook ad platform is constantly evolving. No surprise right?

Since pretty much everything online changes at lightning speed these days. But with new platform changes, it means your metrics will inevitably change too.

So here’s what you need to know. Last year, Facebook replaced the relevance score with three new metrics:

Why does ad relevance diagnostics matter?

Because Facebook cares about its users and wants to show relevant ads (that’s what they’re saying at least!)

So for this reason, they use ad auctions to determine the best ad to show to someone at any given time.

Here’s the winning formula that Facebook uses to decide which ad wins the auction:

The user value is taken into account too for the relevance and ad quality. And the more relevant your ad is to your audience, the higher the chances of it performing better and being competitive in the auction (win-win, right?)

And to make sure the winning ad maximizes value for both people and businesses, the auction winner is the ad with the highest total value.

That’s why Facebook looks at how relevant an ad is to someone before delivering the actual ad.

So of course, the most relevant ads (with higher estimated action rates and ad quality) often cost less and see more results. In other words, a highly relevant ad may win an auction even against the ads with higher bids.

Because of this, Facebook suggests using ad relevance diagnostics to determine whether the ads you ran were relevant to the audience you reached.

Powerful information when you know what to do with it.

But if any of this sounds dizzying, we’re going to dive deeper.

Here’s how to use ad relevance diagnostics:

Facebook has recommendations aimed at helping you detect issues and improve your ads.

So when your ads aren’t meeting your advertising goals, you can use ad relevance diagnostics to review the three spheres of relevance (quality, engagement, and conversion) to understand what’s really going on and what needs adjusting.

Plus, reviewing the diagnostics all together reveals better insights compared to looking at them individually.

But if an ad is already meeting your goals, then you can save time and skip reviewing ad relevance diagnostics if you want to.

Now, let’s look at how relevant metrics are correlated with ad performance (conversions).

Facebook says that high relevance is correlated with high performance, but is it true?

Are the relevance metrics correlated with ad performance (conversions)?

Is it always the main reason for getting high relevance ads? Or can we abandon those metrics when optimizing and scaling Facebook ads.

To understand it better, we did a correlation test between new relevance metrics and conversions.

Here’s what we found out from the test:

For analysis, we took conversion campaigns and over 550 of their ads that contain data about ad relevance diagnostics. Not an easy task of course, but part of the process.

Note: There are tons of variables we didn’t take into account like seasonality, the funnel stage, changes in post-click experience so we can’t claim to be 100% accurate, but here’s what we discovered.

The screenshot above shows how ads with greater ad spend, and a greater number of impressions, don’t have data on ad relevance diagnostics.

Before jumping to the results, let’s get familiar with a few terms we’re going to use to help explore this further:

Next up, we downloaded raw data from the Ad Manager to look at the correlation analysis and compare variables.

Then we translated ad relevance diagnostic metrics to these values:

And gathered the following data:

We have 162 ads with ad relevance diagnostic metrics. All of these ads generated 7,280 leads in total.

By using the statistical software SPSS, we got the following results:

Here’s how to interpret this data:

This conclusion seems a bit out of the blue, so we wouldn’t take this into consideration. But at the same time, the data isn’t skewed. We managed to get quite a few leads from ads with a low Quality Ranking (see the example below).

The reason for the low quality of ads might be from:

And back to the data:

We have 248 ads with ad relevance diagnostics metrics. All of these ads generated 12,914 purchases in total.

Here are the following results:

Let’s interpret this set of data:

During the analysis of this ad account, there were many ads with an expected above average conversion rate. At the same time, there were no purchases from these ads.

This may influence the results of the correlation test and as a result, the relationship is small between Purchases and Conversion Rate Ranking.

We have 150 ads with ad relevance diagnostic metrics. All of these ads generated 577 purchases in total.

The reason for the negative correlation between Purchases and the Conversion Rate Ranking metric may be because of:

Using all ads with relevance diagnostic metrics despite the stage of the funnel.

Here’s an example of the ad from the remarketing campaign:

This means that when the Conversion Rate Ranking increases, the number of leads also increases. In other cases, we have a small or weak relationship between variables.

And then in some cases, we even have a negative correlation, which means that increasing one variable will lead to decreasing another variable.

So this doesn’t quite fit the strategy of increasing ad relevance diagnostic metrics—to make the ad more relevant while increasing ad performance.

But at the same time, there is an explanation for these results.

Going back to the questions before the test, here are our final thoughts:

“Facebook says that high relevance is correlated with high performance, but is it true?”

Based on the results, we can say yes, it is correlated. But it doesn’t matter if it’s a positive or negative correlation. We should also be taking into account the strength of this correlation and if it’s statistically significant.

“Is it always the main reason for getting high relevance ads? Or can we abandon those metrics when optimizing and scaling Facebook ads?”

We’ll use the response in Facebook’s help center to answer this one:

“If an ad is already meeting your advertising objectives, reviewing ad relevance diagnostics may not be necessary. Sometimes high-performing ads have below-average ad relevance diagnostics rankings and that’s OK. Optimize for your advertising objectives, not for quality ranking, engagement rate ranking or conversion rate ranking.”

Of course, our correlation test shows how there are positive and negative correlations between some variables. But we wouldn’t use the diagnostic metrics on a daily basis to evaluate an ad’s performance.

There are more important metrics to look at instead. For example, the main metrics our team at AdTribe would consider are: CPA, ROAS, ATC, initiate checkout, secondary metrics or CPC, cost per landing page view, and CTR.

The advantage for these metrics is that they are not estimated (compared to ad relevance diagnostic metrics, which are estimated).

So by looking at those metrics, you can determine if there is something wrong with your ad, offer, or the post-click experience (landing page/UX of your site).

At the end of the day, ad relevance diagnostics may be used as additional metrics to check based on your ad’s overall performance.

Whew! We know there’s a wealth of information and data in this post.

So how are your ads doing these days?

Are you getting the results you want? Maximizing every dollar you invest?

Let’s be honest, if you aren’t, it’s time to rein in the professionals. We know how to sift through and navigate around this world of data, metrics, and analytics.

So if you’re ready to take your Facebook ads to even greater heights (and pronto!) we are too.

We have been recognized as one of the top 30 Facebook Marketing Companies, which means that we do something right.

Connect with our AdTribe team today and let’s fix those pesky ad issues and skyrocket the quality of your ads. 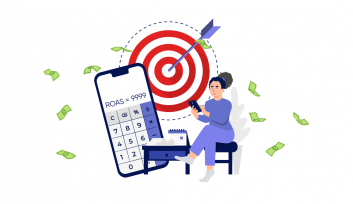 How to Calculate the Target ROAS for eCommerce Stores 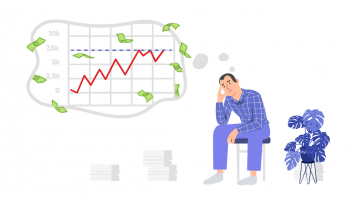 7 Reasons Why You Can’t Scale Your Ecommerce Store

Ready to scale your agency?

GET A FREE STRATEGY SESSION
Your message was sent!
Let’s get the ball rolling!
Are you sure?
txt
Cancel Ok
Success false!
Your settings are not saved
Ok